Transparent Sky’s city-scale airborne surveillance capability is the product of years of joint development between Los Alamos Laboratory, U.S. Strategic Command, the U.S. Air Force and Transparent Sky’s founder. This began with the development and refinement of the Angel Fire capability that resulted in three consecutive annual distinguished performance awards, multiple systems deployed to Iraq and large follow-on acquisitions. Transparent Sky's capability represents a complete redevelopment of the capability from the ground up, in order to create a system that is highly capable, yet flexible, inexpensive, and simple to operate.

The basic architecture is shown below: 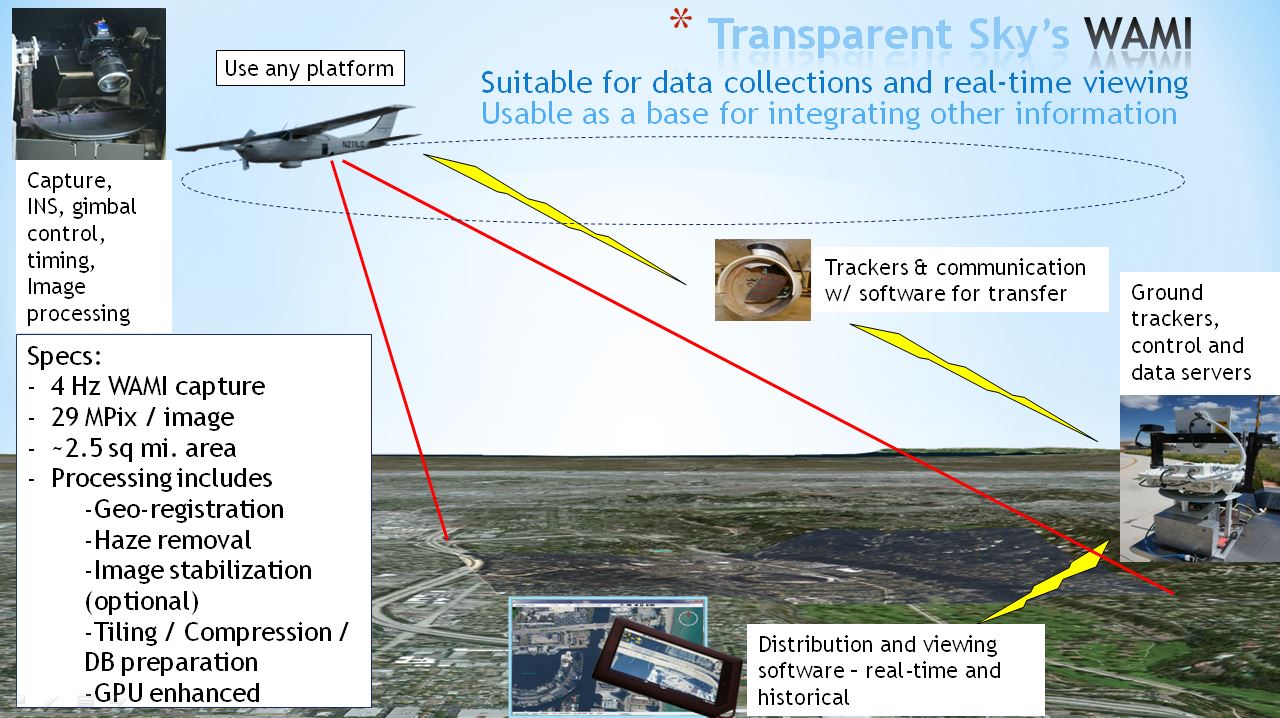 Transparent Sky's system uses a high-resolution, fast-framing digital camera to capture a detailed picture of an area at 4 frames/sec. This imagery is combined with information from a precision inertial navigation system (INS) and a detailed terrain model to produce real-time mappings between locations on the ground and pixels in the imagery. The results are stored in a database designed for fast, selective transmission and retrieval. These results can then be distributed in a variety of ways using a several options for communication hardware. Finally, the mapped images can be viewed in real-time or at a later time (for forensic analysis) using several viewer applications that run on ordinary computers, Android devices, or through a Web browser.

In the past, Transparent Sky has developed several multi-camera systems, but is currently focusing on simpler, single camera systems as it is appearing that careful design of these systems can result in superior performance, up-time, and reliability with very little degradation in overall capability.